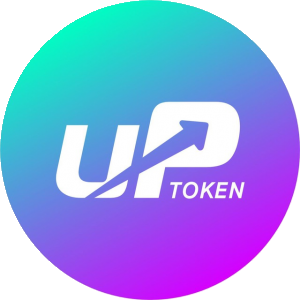 What is the uP Token?

The uP Token will be primarily correlated to the price appreciation of PulseChain but made sweeter with its own buy and burn which can theoretically enable its value to be exponential. It utilizes the LiquidLoans protocol to generate yield as PLS price appreciates and protects capital in case of downside.

What? It is believed that a benevolent wallet is set to utilize $697k in sacrificed stablecoins for a modified "USDL" Liquid Loans strategy in which profits are set to buy and burn the uP Token to make it highly price appreciative. Token holders must have no expectation of profit from the work of others. uP Token will be immutable, non-custodial, no admin keys, governance-free and with a max supply of 21 million. The tokens have no utility.

Why? uP Token is set to become the highest and fastest appreciating token on Pulsechain due to a limited supply, limited sacrifice set (597 wallets compared to 9596 wallets in LL, 78141 in PLS, and 142170 in PLSX sacs), a benevolent wallet using yield derived from actions taken in LiquidLoans to fuel upward price appreciation through buying and burning uP tokens.

Where? The uP Token may be airdropped to sacrifice wallets after the LiquidLoans protocol launches on Pulsechain and USDL is securely pegged to a dollar with redemptions fully operational.

Who? It is believed user "Haunted" is the founder.

Sacrifice began August 13th 2022, limited to only stablecoins from ETH and BSC chains, the community raised $270k within the first twenty minutes and exceeded $300k hours later. This concluded the initial pool for early bird participants with $1=40 token ratio. Proceeded by 40 days for an uncapped pool at a $1=15 token ratio, an additional $397k was raised. The sacrifice phase ended on September 22nd with 596 wallets sacrificing $697k in stablecoins in the name of the freedom to do whatever the heck we want with our own money. This sacrifice was unique in that there was no founder/team allocation and thus had by far the most distributed supply; see the pie chart and complete list of statistics, https://hexpulse.info/sacrifice/uptoken/

Where to buy? Once uP tokens are airdropped to sacrificers and the PLSX exchange becomes accessible on the Pulsechain mainnet, market participants will be able to buy and sell the uP Token and begin price discovery with liquidity providing. The end sacrifice rate valued tokens at $0.067 each.

uP explained on RH Max show

"How will the uP token work?"

First and foremost, you must have no expectation of profit from the work of others.

There are two parts, the token itself, which is immutable and trustless, and a benevolent OA utilizing the best Liquid Loans strategy to support the uPwards movement of the token.

The uP token will be immutable, non-custodial, no admin keys, governance-free and deflationary with a max supply of 21 million tokens. You can’t stake it, you can’t vote with it; you can only buy it, sell it, and send it.

Sacrificed funds may be used to utilize the “USDL Strategy” on Liquid Loans to maximize the price performance of PulseChain, with measures in place to accommodate downturns, and use part of the profits to buy and burn the uP token. The uP token should theoretically follow the price appreciation of PLS but have exponential growth as its supply will be significantly reduced over time.

How sacrifice funds will be deployed: https://t.me/uPabns/2752

"What are the pros and cons?"

"What happens if PLS crashes?"

Firstly, unlike HEX, PLS is set to have a thick liquidity pool to handle sell pressure - it won’t be as volatile as HEX with no sudden and major drops.

Secondly, familiarize yourself with the massive buy pressure potential Liquid Loans will introduce for PulseChain. Watch Haunted's interviews and review the calculator spreadsheets on his site to see how significant buy pressure could be driven by LL users. In short, the dips will be short-lived, PLS could be just as gatekept as HEX, but just a fraction of LL participants could drive the price to unimaginable levels.

PulseChain price could crash 99.9% and this strategy will still work and make money. The beauty of utilizing the optimized “USDL Strategy” (https://t.me/uPabns/2458) is it is protected from market downturns. Besides 40% of the sacrificed capital to be deployed between three LL vaults, 50% of sacrificed funds will be deployed to the LL Stability Pool to ensure sufficient stablecoin reserves to weather the unlikely, but possible, market downturns in PLS (new vaults to return to conservative collateral levels).

For example, let's say you were doing the USDL Strategy, and besides the vaults, there would be 500k USDL deployed in the stability pool, whilst the PLS price is $1 for easy maffs. If PLS dips 75% ($0.25) you would use 40% of what is in the stability pool (200k) to create two new vaults to return collateral levels 500%.

This can continue with PLS dropping to 99.9% from the all-time high and you would still have two vaults active to remain solvent.

"How does the buy and burn occur?"

Read about how the sacrificed capital will be deployed; https://t.me/uPabns/162

The larger the sacrifice will be, the more significant the buy and burn feature will begin (https://t.me/uPabns/4862).

25% of one of the three LL vaults is left in stablecoins to either provide additional liquidity to the market, or to do a number of other beneficial things for the uP token community. Rest assured, the uP token DEX liquidity will scale with its price performance, leaving sufficient exit liquidity for token sellers.

Read about how the sacrificed capital will be deployed; https://t.me/uPabns/162

"Does this help or hurt the ecosystem?"

The uP token is good in all aspects of the PulseChain ecosystem:

If PLS does well, this token will do VERY WELL!

"Why not do this myself?"

Similar to how Hexicans participate in pools such as MAXI, this works similarly to consolidate and maximize everyone's efforts.

There are many LL strategies you could deploy yourself (https://www.hauntedstrategy.com/other-strats), but it would require your personal time and effort, there are also minimum capital requirements, and the ROI will not scale nearly as exponential as the uP token buy and burn feature.

In case you incorrectly follow a strategy yourself, you are jeopardizing your own bag of PLS and could stand to lose substantially. Instead, the strategy utilized for the uP token can never be liquidated and may even be automated.

No one is stopping you from utilizing your own LL strategy, but it may be a useful hedge to still have some uP token.

Vote for uP Token